What is the axion? and why it is being searched for by particle physicists? what is its relation with the Dark Matter of the Universe?

A physical law has CP (charge-parity) symmetry if it is equally valid after interchanging each particle by its antiparticle (charge conjugation or C symmetry) and -at the same time- inverting the spatial coordinates (parity, “mirror” or P symmetry). It is known since some time now that the electroweak interactions do not respect CP symmetry, that is, physicists have observed phenomena that, although only slighly, violate this symmetry.

However, this does not seem to be the case with the strong interactions (those responsible for holding toghether protons and neutrons in the nuclei). The non observation of CP-violating phenomena here impose severe restrictions to input parameters (i.e. parameters not predicted) of the Standard Model, so that they need to be fine-tunned for theory and observation to agree. When this happens in a physical theory usually means that there is something we do not understand and our theory is not complete. This is the strong CP problem.

The Peccei-Quinn mechanism was proposed to solve this problem in a natural way, without required parameter fine-tunning. As a collateral effect, however, a new particle appears, the axion, which may have important observable consequences. In the first place, the axion is a neutral and very light (but not massless) particle, and it does not interact (or does it very weakly)  with conventional matter. In some way one can see the axion as a “strange photon”. In fact, theory predicts that the axion, if it exists, could transform into a photon (and viceversa) in the presence of electromagnetic fields. This property of the axion is crucial for most of the experimental strategies of axion detection.

But doubtless one of the most suggestive properties of axions is that, in a natural way, they could be produced in huge numbers soon after the Big Bang. This population of axions would still be present today and could compose the Dark Matter of the Universe. The existence of Dark Matter is widely accepted in the scientific community, but its nature is still a mystery. Together with WIMPs, the axions are among the most searched candidates in the context of the nature of Dark Matter.

Thanks to the property of conversion into photons in electromagnetic fields, axions could be produced and detected in the laboratory by using very intense magnets. This type of experiments are being carried out (e.g. ALPS in DESY, or OSQAR at CERN), although their sensitivity is still far from “seeing” the axions predicted by the Peccei-Quinn mechanism.

If the axion exist and it is the main component of Dark Matter, the very relic axions that would be bombarding us continuously could be detected using microwave resonant (to the axion mass) cavities, immersed in powerful magnetic fields. This scheme is followed, e.g., by the ADMX experiment in the University of Washington. ADMX could detect the axion, if its mass (which is unknown) lies in the sensitivity range of the experiment (around the few microelectronvolts) and if the Dark Matter is mainly composed by axions.

Another promising detection technique, this one independent of the axion being the Dark Matter, is that of the axion helioscope, aiming to detect axions produced at the solar interior. These could be detected, once again, using a powerful magnet, but this time equipped with low background x-ray detectors. The most powerful axion helioscope to-date is the CERN Axion Solar Telescope or CAST, datking data since about a decade at CERN. Although so far there is no sign of the axion, CAST has been the first axion helioscope with enough sensitivity to surpass previous very stringent astrophysical limits on the axion properties, and enter so far unexplored area. In particular, CAST is sensitive to Peccei-Quinn axions with masses in the 0.1-1 eV range approximately. 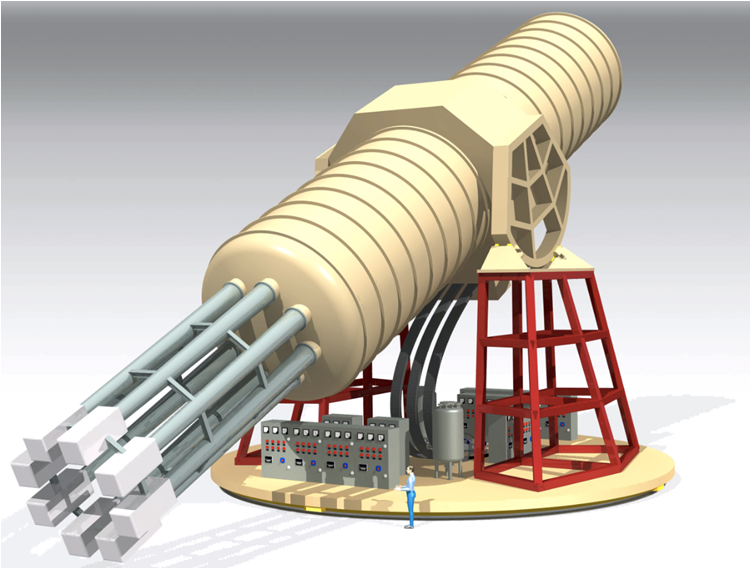 The International Axion Observatory is a new generation axion helioscope. Its layout is an ambitious extension of CAST’s philosophy, using a superconducting magnet of larger dimensions and specifically designed to search for axions, and equipped with x-ray optics and low background detectors. IAXO would have sensitivity to detect axions in the much larger mass range than CAST and thus would explore an important area of parametric space which is also inaccessible by other techniques. In addition, IAXO’s magnet could also host other kind of axion experiments, so IAXO could become a sort of a generic infrastructure for axion research. If the axion exists IAXO will have a real opportunity to discover it.