The direct detection of the Dark Matter of the Universe is a very exciting challenge full of unknowns and uncertainties about its nature. ANAIS is an experiment developed by the Nuclear Physics and Astroparticles group of the University of Zaragoza which pursues this elusive dark matter detection by looking at the annual modulation of the expected interaction rates in a target of sodium iodide, material which produces small scintillations when a particle interacts and deposits some energy. This modulation is a distinctive feature stemming from the Earth revolution around the Sun which changes periodically the relative velocity of the incoming Dark Matter particles to the detector and, because of that, the energy deposited. DAMA-LIBRA experiment at Gran Sasso Underground Laboratory has reported the presence of modulation in its data with a high statistical significance; ANAIS could confirm it and help to understand the different systematics involved.

ANAIS is the large scale conclusion of previous studies carried out with different prototypes by the University of Zaragoza group at the Canfranc Underground Laboratory, Spain. The complete experiment will use 112.5 kg of NaI(Tl) crystals to study the expected annual modulation in the galactic dark matter signal.

DAMA/LIBRA result is difficult to compare with the no observation of any hint in other very sensitive experiments, which however, use other targets since comparison is strongly model dependent. ANAIS goal is to confirme/refute  DAMA/LIBRA result using same target and technique. 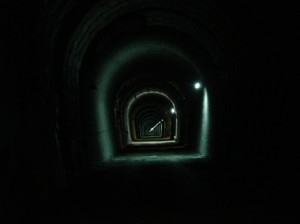 ANAIS-112 is taking data at the Canfranc Underground Laboratory since 3 August 2017. In March 2019 first results were released confirming previous sensitivity estimates: DAMA/LIBRA result is at reach with 3 sigmas of significance in 5 years of data.

ANAIS is a part of the MULTIDARK project, a nationalwide effort having the goal of approaching the spanish research groups working on the search for the dark matter.

ANAIS is financially supported by Spanish MINECO (Grants No. FPA2017-83133-P), Consolider-Ingenio 2010 Programme under grants MULTIDARK CSD2009-00064 and CPAN CSD2007-00042 and the Gobierno de Aragón. We also acknowledge the technical support from LSC and GIFNA staff. 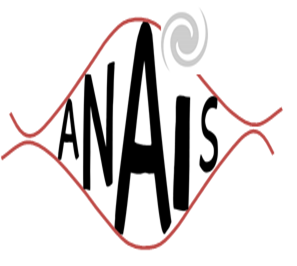