TREX-Sphere is a prototype of the “spherical TPC” conceived by Ioannis Giomataris at CEA/Saclay. In this peculiar TPC, the drift field has spherical geometry (instead of the customary plane or cylindrical ones). At the center of the sphere the amplification and readout of the ionization takes place, usually with a small spherical electrode.

The concept has the advantage of an extreme simplicity, robustness, capability to equip large volumes with one single readout element, and very low threshold. It could have applications in low energy neutrino detection through the coherent interaction with nuclei, supernova detection, low mass WIMP detection, high sensitivity neutron detection, gamma detectors, etc…

TREX-Sphere is devoted to basic development of the concept and tests of the performance of the detector in different configurations. The work is done in connection with the NEWS consortium, which includes groups performing similar developments (Saclay, Modane, Thessaloniki, Zaragoza, Ioannina, Livermore, Demokritos, Tsinghua, Beijing,…) 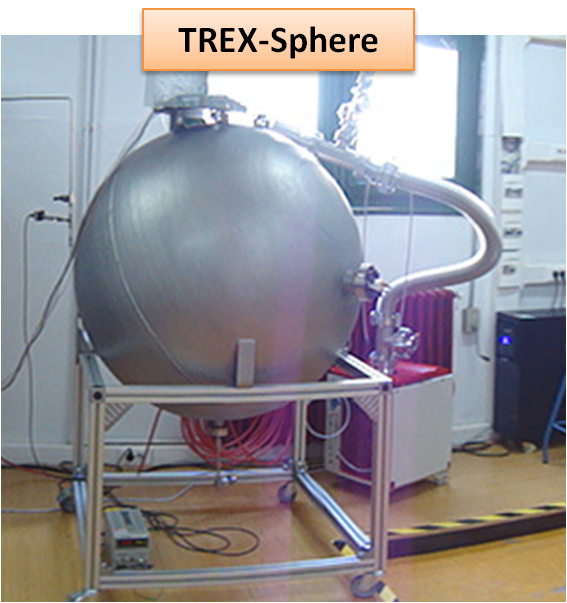